UX Designer and Researcher working in Civic Technology and Accessibility

I am a Civic Tech Researcher specializing in designing medical and assistive technology for governments and citizens in the Global South.

I have conducted interview and survey studies to understand how governments, NGOs and citizens collaborate to build technology (e.g., 3D printed asssitive hands). I then use this knowledge to design innovative tech and solutions that empower citizens and governments to better collaborate and build their desired societies.

BOTS: For Building a Better Society?

ITEX: Designing a Civic Institute of Exponential Technologies in Mexico

Blockchain for Governance and Civic Participation in Mexico 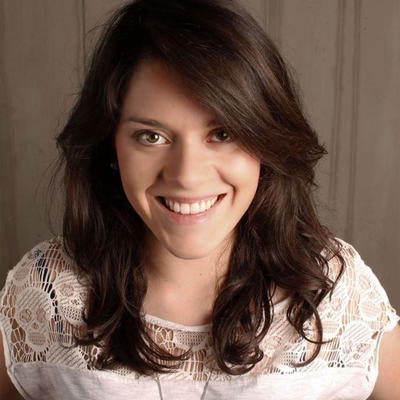 
Awards
*Along with my team JADE, we developed a video game (beta version) related to global warming for the Game Jam Climática. We made it to the top 5 and received a grant of aproximately 1,000 euro. We are currently competing for the 1st place.


*I won the VizSec ieeevis Inclusivity & Diverisity Scholarship Award and traveled to Vancouver, Canada to attend the IEEE VIS 2019.


News
*Currently volunteering with México Makers Covid-19 where citizens are collaborating to print and donate 3D printed face masks to hospitals all around the country.


*Reforma (Mexican Newspaper) covered our participation in the Game Jam Climática on the development of the video game JADE related to global warming for which my team obtained a grant.


*Since february 2020 I have been participating on a series of collaborative sessions with high ranks of the Secretary of Foreign Affairs of Mexico to develop civic technology.


*I attended a ceremony in Mexico's Secretariat of Foreign Affairs where Marcelo Ebrad & the Chancellor of the National Autonomous University of Mexico (UNAM) signed an agreement to collaborate. I am helping them to design civic tech for immigrants.


*I participated in the event of the people powered initiative "I am the Future of Work" Mexico 2020 of the Organization for Economic Cooperation and Development (OECD) where we had solutions-oriented conversations and activities to have a positive impact on Mexico's future of work. My interdisciplinary teamwork countribution focused on digitalisation.


*I participated in the Global Game Jam Mexico 2020 where my team and I designed and coded a Virtual Reality video game called Fragmento in just a weekend.


*Chapter Spotlight: Intero UNAM Lab Coverage on the e-NABLE community chapter in which I collaborate as UX Researcher on the use of 3D printed medical devices.


*I attended HT: ACM Conference on Hypertext and Social Media 2019 to present a scientific poster designed by me on the paper: Audience and Streamer Participation at Scale on Twitch.


*Mexican Newspaper El Financiero covered the Blockchain National Strategy on which I collaborated.


*I organized the “Hack & Dance“ Workshop at OuiShare Fest (One of the largest sharing economy events).


*I was Mentor and Judge at the Hackathon “Hack for Equality“ UNAM 2016 in Mexico City.


*I attended HT: ACM Conference on Hypertext and Social Media 2015 to present the scientific paper“Tag me Maybe: Perceptions of public targeted sharing on Facebook“.